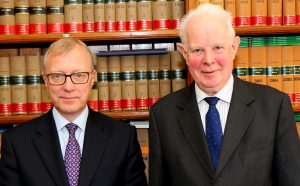 Introduction from the Lord Chief Justice

The Senior President of Tribunals and I are pleased to publish the judicial diversity figures for the courts and tribunals judiciary at 1 April 2017.  Despite the leadership that has been demonstrated over the last year, progress is not as fast as we would wish.

We remain very concerned about the slow recruitment of BAME judges and the downward trend of new non-barrister (solicitors and legal executives) judges, despite the dedicated work undertaken by the Judicial Diversity Committee.

The Committee, formed in 2013 and chaired by Lady Justice Hallett, has each year pursued more initiatives to explore what might be done to accelerate progress. It has been strongly supported by judges from all backgrounds across the courts and tribunals in England and Wales.

It has worked with the Judicial Appointments Commission, universities and professional bodies to host evening outreach events. The primary purpose of these events is to attract suitably qualified lawyers from groups currently under-represented in the judiciary and to enable them to explore the possibility of a future judicial career. The events provide a panel of varied speakers and an opportunity to meet serving judges. They may sow the seed of wanting to join the judiciary years ahead, when they are ready to apply.

Since 2015, we have run increasingly popular application workshops aimed at under-represented groups. These form part of a positive action programme which is intended to help candidates make stronger applications; but once they have completed the programme, they are expected to compete on merit with the other applicants. To attract more solicitors and legal academics to the senior judiciary, we have extended the eligibility of the High Court programme this year to those without litigation experience.

In April 2017, the Committee published a progress report and an action plan for the next 12 months.

We would like to pay tribute to the untiring work of Lady Justice Hallett, the members of the Diversity Committee. In addition, our thanks go to the 100 Diversity & Community Relations Judges, the 165 Judicial Role Models, all of whom give their support willingly and voluntarily, and to the staff of the Judicial Office.  We also express our thanks to the Judicial Appointments Commission and the professional bodies for their continuing support.

The judicial diversity statistics were published on 20 July 2017 showing the figures as at 1 April 2017.

The statistics show that:

[1] An announcement on the new Court of Appeal appointments is expected in the near future.

[2] Twelve vacancies were being held in the High Court as at 1 April 2017 (two judges held one post on a job share basis).

[3] under the provisions of s9(4) of the Senior Courts Act 1981. This data has been published for the first this year.

Links to the judicial diversity figures for 2017 can be found below.