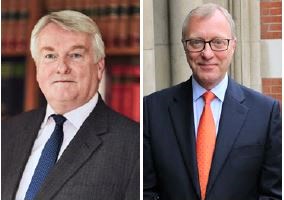 Together with the Senior President of Tribunals I am pleased to announce the publication of the judicial diversity figures for 2018. The publication provides the diversity breakdown of the courts and tribunals judiciary and non-legal members as at 1st April 2018.

I am encouraged to see that the number of female court judges, tribunal judges and non-legal tribunal members has increased; that around half of court judges aged under 50 are female.  Nearly all judges are aged 40 or over.  Black, Asian and Minority Ethnic (BAME) representation among those judges was comparable to that of the working age general population for that age band.

However, there is still progress to be made.  The Judicial Diversity Committee, chaired by Lady Justice Hallett, has set out the steps it plans to take over the next 12 months to reach a more diverse pool of lawyers and focus its efforts in attracting new talent and supporting career progression. In April 2018 the Committee published a progress report and an action plan for the next 12 months.

I would like to thank the members of the Judicial Diversity Committee and the cadre of around 100 Diversity and Community Relations Judges and 165 Judicial Role Models for the work they are doing, all voluntarily.

Thanks also to the Judicial Appointments Commission and the professional bodies for their continuing support.

The judicial diversity statistics were published on 12 July 2018 showing the figures as at 1 April 2018.  The statistics show that:

Link to the judicial diversity figures for 2018 can be found below.